How to Unschool Language Arts

Add comment
Michayla Best
Add comment Cinema Mode Subscribe
FacebookTwitterPinterestEmailReddit
It can be easy to become afraid of tantrums, never knowing when they will happen. Don’t be afraid of tantrums. This season will pass! You can do this! Remember that you are raising powerful children, and helping them learn to control their emotional outbursts is a great tool.

Oh Tantrums. They are something that we are really not prepared for as parents. We know they might happen, will happen, will MOST DEFINITELY happen, but when they do they still shock us and we are left unsure as to what to do. Because what we have are little people with BIG emotions that they are unsure what to do with.

Let’s think about those tantrums…..an intense storm of emotions, which are usually anger, loss, disappointment and deep frustration (often all at once), in a young child. In an older child they still happen, but that is because they are still learning how to regulate their reactions and emotional outbursts. Come on, as adults we throw tantrums too – just usually not in public.

I have to admit that, for me, at home tantrums are a lot easier to deal with than in public tantrums. Do you find that too? I know I feel stressed if one of my girls wants to throw an attitude in public. It’s those judgy glares. I have had quite a few judgy glares, and some very inappropriate comments from fellow shoppers who either have no children or their children have grown up and they have forgotten how hard it can be. We need to cut each other some slack and love each other by helping. And if nothing else, a simple “you are doing a good job” will go a LONG way in boosting the emotional well being of a mother who is about to lose it herself (and is probably going to sit and cry in the car for a few minutes. Been there. Done that.)

What are some of the things we might see in tantrums?

If you have two or more children, you know that throwing a tantrum will be different for each of them. Having twins, my girls are at the same development, but their tantrums are radically different due to personality and temperament. And, just when you think you have learned how to deal with their tantrums they go and change it up on you and you have to rethink everything you know as a parent 😉

SO, HOW DO WE DEAL WITH TANTRUMS AT HOME?

It can be really good to have a basic plan on what you will do when a tantrum rolls around. It will change over the months and depending on your child and how they respond, but it is always good to at least have some sort of plan on what to do.

Do not engage: When a tantrum is in full force we usually want to jump in to stop it. The best thing to do is to ignore them unless they are going to hurt themself or someone else. If they are shouting at you then you need to drop your volume and speak in a calm and quiet manner. Shouting back is only going to escalate the situation.

Give space: Remove yourself from the vicinity. Often you just being around your child reinforces the behavior. Some children need time to calm down on their own. Allow them to work the tantrum through. If they need to be angry and express that in big ways, let them. My girls both have little toys (the toys that were attached to their pacifiers – their Wubbanubs) that they now use as biting toys when they get angry. They have Biting Monkey and Biting Kitten. It works because it gives them an outlet – and they don’t bite each other! (Which had been a real thing.)

Allow them to cool down: This works with the points above. Some children need time to calm down on their own. Engaging only ramps things up. Being near can be a trigger. Giving the time is important. Don’t make it a “time out” but rather a “I see you need some time to yourself to calm down. When you are ready to talk I am here for you with a big hug and listening ears.”

Discuss feelings: I think it is important to discuss the feelings that have been going on. Many times the tantrums happen because they can’t put words to the feelings. We especially found that with one of our girls a year or two ago. I developed something that works for her. I share this in my teaching feelings vlog post.

Move on: Once the tantrum is over, move on. When things are made right do not dwell on it. Give a hug, provide a snack, suggest a nap (if needed), and do something else. Constantly talking about it is only going to cause frustrations to continue to rise.

HOW TO DEAL WITH TANTRUMS IN PUBLIC

Many of the points above are also valid when in public, but some of them we can’t really do, like letting it continue until they calm down or walking away. Often tantrums in public happen because there are issues of stress, tiredness, hunger or just being overwhelmed by so many things around them. Again, it is good to have a plan as to what to do if a tantrum happens in public.

Create a distraction: It can help if you can create a distraction. If the tantrum is happening because of obsession, is there something else they can look at. Have snacks in your bag if they are hungry or food is a good distractor. I don’t view this as rewarding poor behavior, but rather responding to the need at hand.

Be prepared to just leave: This one is the hardest, especially when your shopping cart/trolley is almost full and you really just want to get finished, but sometimes you just have to leave that stuff there, scoop up a flailing child and skedaddle.

Before going somewhere or into a shop we have a talk with the girls about how we behave in public to try and pre-empt any tantrum. I find this to be the most helpful of all. It usually goes something like this (and I am using the term “turds” because that is what we say for really poor behavior. You see, a turd is stinky and makes the place smell bad, and no one wants to be around a turd. I used the term once because it rhymed with “words” and now it has stuck. I am not sorry about that because it works so well.)

“When we go into the shops do we act like turds? Does the world need to see crappy attitudes? If you are feeling frustrated I would like you to tell me. And please remember that we are not here for you to get something. We don’t always buy you a treat or a special snack. If you ask, you know the answer is definitely no. Let’s go and have some fun because I know you are powerful and you know how to control your emotions.”

Or when going to play with friends:

“When we play with friends do we act selfishly and just want to take away toys? Remember that it is their toy and it’s totally ok if they don’t want you to play with it. If they say “NO” you don’t have to act like a turd. Just play with something else. Any signs of turdish behavior and we are leaving. You got it?”

We believe in making things right after a display of “turdish behavior”, whether it is an apology or appropriate communication. In our family we make it right for disrespect, inappropriate behaviors and the such. When out in public I have had my girls “Make it right” after a display of “turdish behavior”. It is not as punishment, but I want them to be aware of the people around them and understand cause and effect, behaviors and consequences.

One day in Target I had one of my girls, who had been displaying what I like to call “Hi, I want you to think my Mummy is an ineffectual parent” behavior, turn around to make it right. She did. She said “I am sorry. You didn’t need to hear me scream like that.” (Or words to that effect.) One lady pulled me aside moments later and berated me for making her do that. I didn’t MAKE her. Honestly, if she didn’t want to make it right I wasn’t going to push it. But I did ask her if she thought she should make it right (of course I wanted her to). I want my girls to grow into women who know how to take responsibility for their behavior and how it affects others. This is one way.

DO NOT BE AFRAID

It can be easy to become afraid of tantrums, never knowing when they will happen. Don’t be afraid of tantrums. This season will pass! You can do this! Remember that you are raising powerful children, and helping them learn to control their emotional outbursts is a great tool. This is another great resource. And, if you see a parent dealing with a melting down child in public, don’t judge, don’t glare, but tell them they are doing a good job and it will all be ok. 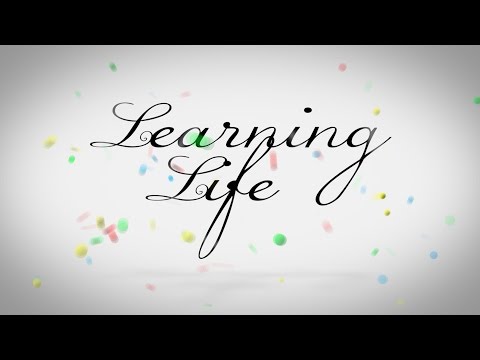